The Writers’ League of Texas 2013 Agents and Editors Conference is only a couple months away. This year, WLT managed to nab Chuck Sambuchino, everything extraordinaire, for the Keynote Luncheon. He’s done it all folks — writing, editing, publishing, agents. He’s the go-to guy on tips for success, and I don’t think there’s a question about the business that he couldn’t answer. He’s attending a handful of conferences this spring and summer, so here is your chance to meet him right here in Austin. His presentation, How to Be a Successful Writer in Today’s Marketplace, will be held Saturday, June 22 from 12:15 to 1:30 PM in the Texas Ballroom at Hyatt Regency. Here is a short description about his presentation:

Writer’s Digest Books editor Chuck Sambuchino (Guide to Literary Agents) shares his best advice for writers of all ages and levels of expertise. In this keynote, Sambuchino will discuss how writers can create more stories and content easier than they think, be successful in a changing digital marketplace, avoid the three most common reasons that submissions get rejected, and more.

Registration for the Keynote Luncheon ends June 19th, and you must be a conference registrant to purchase a ticket. These tickets sell out quickly and may not be available during the conference due to limited seating. Don’t be left out!  I can personally vouch for the food on its’ deliciousness and convenience too.  Without further adieu, here are Chuck’s answers to my own questions below!

First of all, describe yourself in four words.

You post in your blog, Guide to Literary Agents, every day. What all do you blog about, and how do you keep this constant flow of information going?

CS: The Guide to Literary Agents Blog is all about agents, submissions, query & synopsis writing, promotion and platform. It covers a fairly broad range of writing topics.

The best way I’ve learned to keep a large flow of content going is simply to let other people provide the content. (This is a fundamental principle of writer platform: “You don’t have to go it alone.”) I invite novelists to guest post on my site and new agents to receive a spotlight. This means that most of the content on my site is actually created by others. All I do is format it and make it look nice.

What do you enjoy about exploring different kinds of writing – humor, playwright, journalist. Is there a particular area you’ve always wanted to try?

CS: I guess this all comes down to the fact that I probably have ADD and am probably the most impatient person I know. That leads me to try different things to challenge & entertain myself. In terms of what I HAVEN’T done, I know that screenwriting is an area I would love to tackle. I have a manager out in LA now, though we have yet to get our first assignment or sale. Perhaps one of these days…

The interesting thing here is that we live in a time of specialization. You’re most valuable if you are “the go-to person on [topic].” That leaves a jack-of-all-trades like myself in a bad spot. But being versed in a broad spectrum of writing does have one good advantage: It makes me a better teacher, and is probably why I get invited to speak at so many conferences. I rarely get asked a question about writing that I cannot answer, and that comes simply from being a generalist.

You tweet, a lot. Why is Twitter and other social media outlets important for what your do?

CS: Social media provides an effective and easy way to reach our followers and readers. When I write a blog post, for example, Twitter is invaluable in letting lots of people know that the post is now live.

The truth is that I don’t tweet much from my personal Twitter @chucksambuchino. I just tweet perhaps 1-3 times a day. But the Writer’s Digest account @writersdigest has so many things to share and promote on any given day that it’s constantly producing tweets.

How did you write over seven hundred articles in ten years? Do your ideas just pop out of nowhere in the middle of the night?

CS: A lot of those published articles came when I was a newspaper reporter, and we had to write about 7 stories a week. Besides that, I also freelanced a lot for magazines and even wrote some articles for instructional books. It all adds up.

For anyone interested in freelancing, I can tell you this bit of good news: Once you hook up with a publication and produce 1-2 good articles for them, then they will likely keep you on as a contributor and farm articles out to you. In other words, once you get going, it’s very likely for you to write 10-20 articles for a magazine or newspaper. You won’t need to generate ideas anymore because editors will do that for you.

Which agency – writing, publishing, editing, writers’ resource – do you think is your ultimate calling?

How did the idea of Red Dog/Blue Dog come about, and how was it working with your wife, and puppy dog, Graham?

CS: I used to dislike dogs. But then a flabby poodle mix, Graham, came into my life and warmed my heart. It was my wife’s idea to “mix dogs and politics” — humorously combining two of my favorite topics. That’s how the book idea was born. The final product is a photo collection of doings doing stereotypical liberal and conservative things. It was very exciting when it came out last summer (2012) and I got to show Graham how I dedicated the book to him. (I think he fell asleep during the explanation.)

The best part about writing that book was being in touch with random people all over the country who wanted to help simply because they, like me, loved dogs. I was amazed at how people I didn’t even know spread the word about the book and helped promote it.

Has anyone ever butchered your name?

And technically speaking, I myself butcher my name. Its true Italian pronunciation is Sahm-Boo-KEY-Noh. The letters “CH” in Italian make a “hard K” sound. There are still the hardliners in my family that pronounce it correctly and the ones like me who kind of Americanized it and pronounce it phonetically. It’s best to just not get me or any family members started on this topic, especially after some wine…

What is the most important advice you’ve received as a writer?

CS: I’ve sat here at the computer for five minutes now trying to pick the absolute BEST piece of advice, but I can’t quite choose one. So let me just offer up a random good one that I heard a while back. A screenwriter once said “If you’re writing a spec and you’re not having fun, then something’s wrong.” What he meant by this is that, as a writer, you will take on plenty of boring assignments strictly for paychecks. But there will always be that fiction you write for fun, without any guaranteed financial payoff. And when you’re writing that fiction or poetry simply for the love of it, try to have fun. Otherwise, what’s the point?

Alright, I couldn’t resist! I read that you were a cover band guitarist. Which songs have you always wanted to learn, and what are your favorites to play? Any Beatles?

CS: I can play “Let it Be” and “Eleanor Rigby” on the piano and often do. I remember speaking at your conference in 2008 and playing piano at 2 a.m. in the hotel lobby one night while people kept stumbling in after a long night.

If I had to pick my favorite songs to play, I would say “Mr. Brightside” was always a blast with the band, and that “Livin’ on a Prayer” always gets a crowd going bananas.

As far as songs I’ve always wanted to learn how to play, I’d say “Sweet Caroline” simply because everyone wants to hear that song, and perhaps “Cliffs of Dover” on guitar by Eric Johnson because it’s possibly the most beautiful instrumental rock song of all time.

What do you want writers to take away from your Keynote Luncheon?

CS: That anything is possible if you set your mind to it and work hard. If you have the passion and make the time, you can write anything. I also want to show people that there are simple things they could be doing every day to be smarter, more effective writers.

His first humor book, How to Survive a Garden Gnome Attack, was released in Sept. 2010 and has been featured by Reader’s Digest, the New York Times and AOL News. The film rights were recently optioned by Sony and director Robert Zemeckis (Back to the Future). His second humor book, Red Dog/Blue Dog: When Pooches Get Political, is a humorous photo collection of dogs doing stereotypical liberal and conservative things. It has been featured by Political Wire, USA Today, and the Huffington Post.

In addition, Chuck has also written two other writing-related titles: the third edition of Formatting & Submitting Your Manuscript, and Create Your Writer Platform. 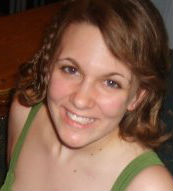 Hannah Bowman was an intern for the Writers’ League of Texas from June 2012 through December 2012. Currently, she’s featuring writing instructors and literary agents for the Writers’ League blog, Scribe. She enjoys playing piano, writing stories, playing tricks on her mother, and dancing. She will be graduating from the University of Texas at Austin in May 2013 with a Bachelor’s degree in Anthropology and English. Hannah’s hoping to build her short story collection in the coming months, and start a career in nonprofits after a couple years of service work.