“There are many ways to promote a book, and they all don’t have to be about doing broadcast interviews or in-person signings.”

Marika Flatt launched PR by the Book, LLC in 2002, combining her love of the media, public relations, and books. Marika received a Gold Bulldog Award for a publicity campaign that resulted in exposure in over 700 media outlets. She is the recipient of an Austin Public Relations Society of America Outstanding Mentor Award, the Anne D. Robinson Creative Initiative Award, and a nominee for “Profiles in Power,” and she serves on the selection committee for the Texas Book Festival.

On September 9, she is teaching a class, along with fellow publicist Elena Meredith, for the Writers’ League called “Rock Star Publicity: Book Promotion for the Bold and Bashful” at St. Edward’s University in Austin, TX. This class will introduce promotional strategies for the assertive author and promotional alternatives for those who don’t like being in the limelight. We asked Marika about the authors whose publicity she is following now and the past promotional projects that have worked well for her, as well as what people can expect from her class. 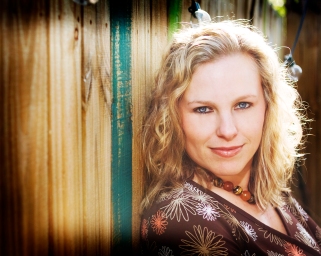 Who is an author that you’ve noticed doing interesting things in marketing their books?

Michelle Tam of NomNom Paleo fame released her new cookbook this month and has done amazing things through her own marketing for Ready or Not. She has mobilized her own fan base village through weekly newsletters, a nationwide tour that she’s promoted to her fans built from her previous book, made herself accessible to those fans through her social media and getting in front of them at events. She uses video (of her cooking her recipes), brings her family into the scene (so that fans feel they really know her family), and sends out discount codes (even for InstaPots).

What would you say to writers who are dreading the publicity part of publication? Can it be enjoyable for someone who isn’t a natural marketer?

Yes, there are many ways to promote a book and they all don’t have to be about doing broadcast interviews or in-person signings. We’ve been enjoying working with novelist Leah Harper Bowron from the Houston area, to promote her release Colorblind. We’ve been successful in placing pre-written Q&As like this one with Texas Lifestyle Magazine. Also, because the book is targeted to a YA audience, we orchestrated a successful blog tour so that she’s had a great groundswell of promotion, without her having to be out there doing radio/TV or book signings all over the place (although she has done a few).

What is one project that you’ve worked on in the past that has gotten publicity beyond your expectations? How did it happen?

We have worked with Patagonia Books for over 5 years (nonstop). In June 2016, they published The Aloha Shirt: Spirit of the Islands by Dale Hope, the complete book on the most enduring souvenir ever invented. Hope’s authoritative book recounts the colorful stories behind these marvelous shirts: as cultural icons, evocative of the mystery and the allure of the islands, capturing the vibe of the waterman culture and lifestyle—casual, relaxed, and fun. Originally published in 2000, the new edition features more photos and new material, including an introduction by surfing legend Gerry Lopez and contributions from Patagonia founder Yvon Chouinard.

What piece of advice do you find yourself giving to writers again and again?

Use social media platforms to build your audience. Focus on two max. Start early; build it before you have something important to say. Use the 80/20 rule: be conversational and informative 80% of the time; be selling 20% of the time (through your social media posts).

What is one thing that people will take away from this class?

Click here to learn more about and register for Marika’s class.