“Likeable characters are boring. You’re doing yourself a great disservice if you worry about making your protagonist likeable.”

Jill Chamberlain is a screenplay consultant and founder of The Screenplay Workshop with Jill Chamberlain, which offers private script consultation and group instruction in Austin and via Skype. Her book from the University of Texas Press, The Nutshell Technique: Crack the Secret of Successful Screenwriting, is considered the go-to manual many professionals swear by and is on the syllabus for the acclaimed screenwriting program at Columbia University. Many of her students have achieved success in Hollywood with screenplays optioned, sold, and made into award-winning feature films. 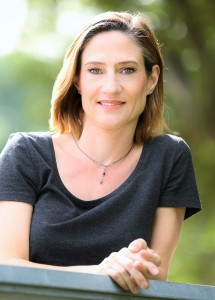 On December 2, Jill will teach “Structuring a Successful Screenplay Using the Nutshell Technique” at St. Edward’s  University in Austin, TX. This class will cover eight essential elements for a successful screenplay. We asked Jill about the films she’s learned from, advice she gives often and advice she thinks is overused, and what people will take away from the class.

What is a film that you recommend to people over and over? What makes it so compelling?

Paper Moon is about as perfect as a movie can be. Take the first shot: Moses drives up to a graveside funeral in progress and steals flowers off of a nearby grave to present to the bereaved. That tells you everything you need to know about this guy. He’s a con artist but also at times his heart is in the right place. It is a masterpiece, from the first frame to the last, and yes, that last frame is connected to the first one.

In your work as a script consultant, what has been one challenge posed by the craft, structure, voice, etc., of a screenplay that you’ve had to puzzle out?

Last week, I was consulting on a screenplay for a major studio; this was for a movie with a huge budget. I can’t discuss any specifics about the project, but I’ll say generally that I discovered I was dealing with the exact same kind of story issues that I deal with when working with amateur screenwriters. At the heart of everything, a story is a story. It doesn’t matter if it’s ultimately a $150 million movie or a $150,000 movie or zero-dollar labor of love, you need to ensure the same story elements are in place and are structurally sound when you’re writing the screenplay.

What piece of advice do you find yourself giving to screenwriters again and again?

If you want to be a screenwriter, you must read screenplays. Not one or two screenplays but tons and tons of screenplays, as many as you can get your hands on.

Is there a common piece of writing advice that you wish people wouldn’t put so much stock in or follow too closely?

Yes, that your protagonist should be likeable. This is the central precept behind the number one bestselling book on screenwriting, “Save The Cat,” and I couldn’t disagree with this idea more! Think of, for example, the Bill Murray character in “Groundhog Day” — he isn’t in the least bit likeable. The movie wouldn’t have worked had he been likeable. Likeable characters are boring. You’re doing yourself a great disservice if you worry about making your protagonist likeable.

What is one thing that people will take away from this class?

Well, you’re going to take away a ton of things because the class is going to be absolutely jam-packed with information. But here is perhaps the most important thing: In my work as a script consultant, I have discovered that 99 percent of first-time screenwriters fail to tell a story. What the 99 percent do instead is present a situation. The most important thing I’ll show you is how to ensure you’re telling a story and that you’re not falling in the 99 percent who are merely presenting a situation.

Click here to learn more about and register for Jill’s class.

One thought on “5 Questions for Screenwriter Jill Chamberlain”