“Personal essays keep us tethered to the human experience at a time when everything we know about being human seems to be undergoing a disruptive, at times frightening, transformation.”

Antonio Ruiz-Camacho is teaching a class for the Writers’ League called “How to Conceive and Structure Personal Essays” on May 6 at St. Edward’s University in Austin, TX. This class will help writers learn to pair traditional journalistic methods and structures with the narrative energy of short fiction and memoir in order to craft compelling essays. Read the interview below and visit the class page to learn more. 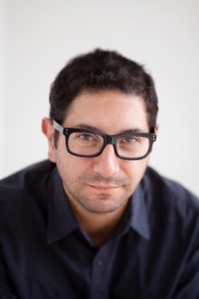 Scribe: For anyone who is unfamiliar with the term, can you explain what a personal essay is?

Antonio Ruiz-Camacho: A personal essay is usually a brief piece where the author shares in vivid detail a personal moment in her life and how it transformed her or helped her understand something about herself, or the world, she didn’t before. A personal essay is to a memoir in nonfiction what a short story would be to a novel in fiction.

Scribe: What topics do you think make for strong personal essays?

AR: As in any other piece of storytelling, regardless of genre, the best essays combine compelling narrative force with indelible emotional import. As long as an essay has both, it can delve into any topic you may be able to think of – from the intricacies of small talk, to the enrapturing experience of moving to New York from Sacramento, as students enrolled in this class will see in the personal essays written by Karan Mahajan and Joan Didion we’ll be discussing.

Scribe: Is there a common slip-up that you notice in personal essays that you want to warn writers away from?

AR: Lack of detail and resonance, inconsequential events, and shallow perspective are always signs of a poorly developed essay. Interesting things happen to all of us all the time, but not every experience – compelling or life-altering as it might be – will translate by itself into a powerful essay. More important than what happened is how such experience is recreated narratively and how its impact on the larger scale of things is insightfully articulated on the page.

Scribe: Is there a market for personal essays? How would someone go about getting their essays published?

AR: Absolutely. Some of the most popular series in The New York Times, like Private Lives and Modern Love, are strictly devoted to featuring personal essays. Most literary journals publish them. If you are interested in publishing a personal essay, regardless of publication, you should pay attention to the topics we, collectively as a society, are discussing, and see if you have a personal, transformative experience that may shed new light on it, that may offer an unexplored or fresh angle to such topic, that may advance its public discussion somehow. But it must have inherent narrative force, its thought-provoking impact on the author must be genuine and not merely a fabrication aimed at producing a piece whose only goal is to get published. Editors, and readers, can easily identify when an essayist is “faking it” – and won’t buy it.

Scribe: Personal essays appear to be a recently popular trend; do you foresee the excitement around them continuing?

AR: Are they? Sure, every now and then we see an essay go viral with the same force of a Joe Biden meme, but Didion’s personal essays turned her into a literary rock star back in the sixties. George Orwell might be en vogue once again for his novel 1984, but back in his day he was a defining essayist who tackled sensitive issues such as colonialism, totalitarianism and social justice – his sharp essays remain as timely as his fiction works. Phillip Lopate’s must-read anthology, The Art of the Personal Essay, opens with a piece by Seneca, a philosopher and writer who was born around the same time as Jesus Christ. Personal essays have been part of our literary tradition for centuries, and I don’t foresee their demise any time soon – just the opposite. The need to connect to a larger experience through storytelling remains as essential as ever, but our increasingly fragmented interaction with the world is rendering us isolated. We’ve never been more connected – and lonelier. Personal essays keep us tethered to the human experience at a time when everything we know about being human seems to be undergoing a disruptive, at times frightening, transformation.

Antonio Ruiz-Camacho was born and raised in Toluca, Mexico. A former Knight Journalism fellow at Stanford University, a Dobie Paisano fellow in fiction by the University of Texas at Austin and the Texas Institute of Letters, and a Walter E. Dakin fellow in fiction at Sewanee Writers’ Conference, he earned his MFA from The New Writers Project at UT Austin. His work has appeared in The New York Times, Salon, Texas Monthly, The Millions, and elsewhere. His debut story collection Barefoot Dogs won the Jesse H. Jones Award for Best Book of Fiction and was named a Best Book of 2015 by Kirkus Reviews, San Francisco Chronicle, Texas Observer and PRI’s The World. It was published in Spanish translation by the author, and is forthcoming in Dutch. Antonio lives in Austin, Texas, with his family, where he’s currently at work on a novel.