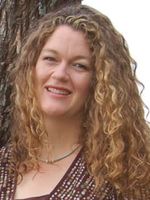 At February’s Third Thursday programW.K. “Kip” Stratton, Greg Garrett, Jacqueline Kelly and Keith Graves gave us lots of food for thought as they answered questions from moderator Cyndi Hughes (fearless WLT leader) about their creative processes. Last week Scribe brought you the highlights of the discussion; this week we’ll dive in deep to recap two of the four questions that the panel answered. Enjoy!

How did you get the idea for your most recent book?

Greg’s latest book started as a screenplay that he had to set aside because it wasn’t working. He returned to it when his heart was broken, applying his theory that “nothing bad happens in life because it can all be used as material.”

Kip’s idea for his Floyd Patterson book came to him so long ago he doesn’t remember what spurred it, other than an interest in Floyd’s story. His book, Backyard Brawl, came about because a fellow writer wasn’t able to do the project, so it was offered to Kip.

The idea for Jacqueline’s book, The Evolution of Calpurnia Tate, came to her as she sweltered in her 100-year-old house on a summer afternoon. As she wondered how people managed in the heat back then, a little voice in her head answered, dictating two pages to her. Those pages were the beginning of the short story that would become a novel, thanks to the encouragement of her writing group.

As an artist, Keith has loads of drawings and sketches of characters in his notebooks. Picture books were a natural fit for him. Branching out to chapter books gives him the opportunity to use his ideas that won’t fit in picture books. His recent chapter book is based on a favorite character of his that his publishers wanted to use in a longer book.

What is the process of writing a first draft like for you?

Jacqueline goes against the advice of many writing books, including Anne Lamott’s Bird by Bird: write a bad first draft. She edits herself as she writes. Therefore, she writes quite slowly and requires little revision. For Calpurnia, she did a draft and one polish. She completed her next book with a draft and two polishes.

Kip’s method for doing a first draft depends on the project. Backyard Brawl had a quick turnaround time (90,000 words in six weeks) so he had to write quickly. He got up at 4:30 a.m. each day, wrote 1,000 words, went to work, worked out and then wrote another 1,000 words. He wrote carefully, so the end copy was pretty clean, requiring little revision. With his Floyd Patterson [click the red “Read More” button to continue] END_OF_DOCUMENT_TOKEN_TO_BE_REPLACED 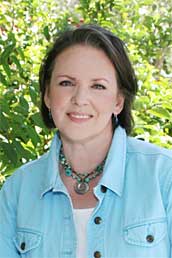 As promised in the March/April 2010 Scribe, here is full interview with WLT member Jacqueline Kelly, who won Newbery Honor in January for The Evolution of Calpurnia Tate (Henry Holt Books for Young Readers, 2009).

What was your reaction when you found out that your book won a Newbery Honor?

I was exhausted and driving home from a long afternoon of testifying for a legal case when my phone rang. My agent, Marcy Posner, was on the line, yelling with excitement. It’s always a good sign when your agent is yelling on the phone—so far, at least!

When you set out to write Calpurnia Tate, did you ever dream of winning a major honor or landing on the New York Times best-seller list?

I had no idea that either would happen. I wasn’t sure that people would “get” my END_OF_DOCUMENT_TOKEN_TO_BE_REPLACED

Well, this is just a banner week for Writers’ League members appearing on the Jan. 31 New York Times best-se 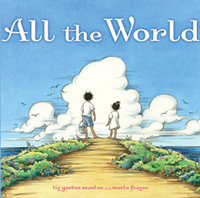