Published in August 2017 by Kensington Books

In The Blinds, Adam Sternbergh tells an intriguing story about the residents of a town called Caesura, Texas. Caesura is an extremely small community of individuals who try to live normal and relatively peaceful lives. However, Caesura is not like other towns — it is isolated and located in a remote part of Texas, where communications with the outside world are virtually non-existent.

As the story progresses, the reader is introduced to residents in the town whose personalities range from friendly and sociable, to odd and reclusive. With the exception of the mysterious presence of a sheriff and two deputies, the residents of Caesura have some memories of their past lives, but they do not remember the circumstances that led them there. They do not know their real names, and they are told to choose new names and identities. All of their food and supplies are shipped to them in a delivery truck. In a community of strangers where everyone has a questionable past, the town is a refuge from the outside world. They are free to leave Caesura, but they can never return.

In this novel, the knowledge of their past actions is something that the residents both seek and fear. As one character states, “It’s hard enough to live with what you’ve done. It’s immeasurably harder to live with knowing you’ve done something, but not knowing what exactly it is you did.” The reader learns about the backgrounds of characters whose pasts are as varied and diverse as their new names. Sternbergh explores the emotional struggles of these characters, but he also allows the reader to come to his or her own conclusions.

As the tale unfolds, horrible incidents occur in the town. A man is found murdered in a bar. A shop is vandalized for no apparent reason. Residents of the town begin to fear the worst as the town becomes as unsafe as the world beyond it. When the reader least expects it, secrets are revealed and more crimes are committed. The story morphs into the ultimate page-turner that forces the reader to reach a shocking but familiar conclusion: people can leave the world they know, but they may never truly escape their past.

—
Amanda Moore is an attorney and writer living in Austin, Texas.  She won first place in the Texas Bar Journal 2015 Short Story Contest and was asked to return as a judge in the annual competition for two consecutive years. She has been a member of the Writers’ League of Texas since 2014.  Amanda is an avid reader and book aficionado.

Friendship is a special and unique relationship that differs in obvious ways from our relationships with our family or with our significant others. Friendships come and go, but the value of a lifelong friend can’t be denied. As I’ve been a student at UT, far away from my family in Oklahoma, I’ve come to see how beautiful it is when friendships become deep, selfless, authentic relationships. I feel so much love and support from my close friends (and I hope they feel the same from me!) that even when I’m being bratty or difficult or crazy, they are still willing to love me, care for me, and go above and beyond when I need it.

For this week, write a story inspired about an important, beautiful friendship. The story can be a non-fiction account about one of your dearest friends, or a fictional story about a unique friendship. Of course, friendships also have their darker sides as we fight, get angry, and sometimes lose friends. Your story can be an example of an encouraging friendship or a destructive one. Either way, do service to the unique power that a friend has.

The First Day of Spring 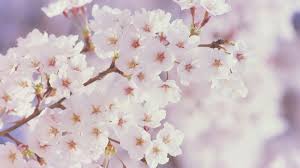 Today is officially the first day of spring, and here in Austin it seems more like summer.  However, I will put my sass away and be thankful for all the lovely flowers in bloom (and bees.)  Write a two page short story or one page poem starting with this line :

It was the first day of spring, I stepped out to the garden and …

It could be positive and ‘spring like’ or it could be completely pessimistic and strange.  Follow the first line and let spring bring something fresh into your writing.

A Story in Vignettes

I have many fiction friends who are incredible writers and incredible readers.  I keep them up on poetry, they keep me up on fiction.  A friend of mine recently demanded I read Susan Minot’s short story ‘Lust.’   It blew me away.  The form felt so effortless, but I know how skilled Minot must be to have accomplished such incredible style and prose.   I am currently writing a non fiction essay, reading Minot’s story inspired me to model it after ‘Lust.’  I have not been able to find a body for my essay and believe it may find it through the exercise of vignettes   The story inspired me in many ways and I hope it will inspire you for this weeks exercise.

First read ‘Lust’ and pay attention to the form, to the seamless shifts in story and tone.  She does all the changes without introduction or explanation.  Once you have sunk into the short story, try to write a story modeled after this form.  Pick a word of inspiration, like Demise or Infatuation, and tell as many vignettes connecting to the title as possible.  This week may not produce a work you stick with it, but it should remind you that we have to be as good (if not better) of a reader as we are a writer.

The Art of Dialogue

Good dialogue is unmistakable. It can electrify a piece of writing and bring an otherwise listless story to life. It can create tension from nothing, advance a stalling plot, reveal hidden motives, and add depth through subtext. Yet many writers—even those with years of experience—struggle with it. Why? Because crafting realistic dialogue is not the same as crafting compelling dialogue.

This week, to highlight the upcoming WLT workshop “He Said, She Said: The Art of Dialogue in Fiction,” write two pages of dialogue.  Find your characters from a prior daily interaction you witnessed; an elderly couple in the market, two strangers at the bank, a cashier and teenager at the gas station.  Try to focus on the dialogue, versus painting the scene.  Allow two new voices to guide the writing, the freedom may take you to a place you would not have arrived out with out them!

Also, don’t forget to sign up for the December 8th workshop,  “He Said, She Said: The Art of Dialogue in Fiction,” with the lovely Sara Kocek.

For all you folks out there who want to get those creative juices flowing, here’s a quick and easy writing prompt to get you started… Remember, we (and other readers too!) want to read what you’ve written, so post your response to the comments (but no more than 250 words, so maybe just put a little teaser up for us to see).

Write a scene showing a man and a woman arguing over the man’s friendship with a former girlfriend. Do not mention the girlfriend, the woman, or the argument.